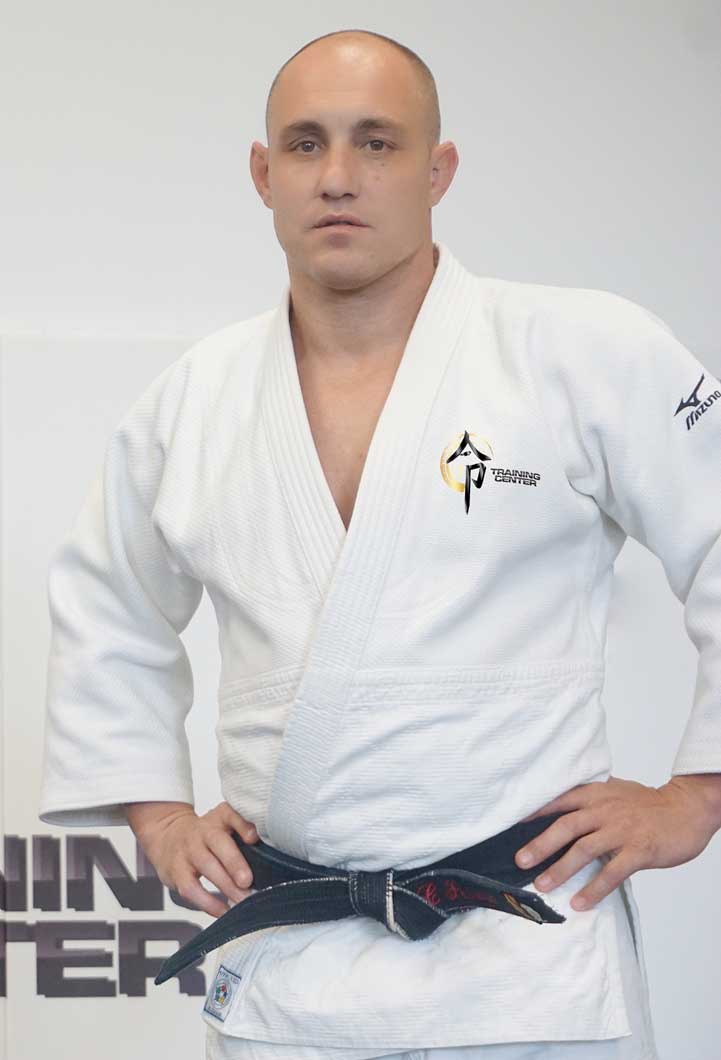 Cedric Perroud was born in Lyon, France in 1976. Cedric started Judo when he was 5 years old. He began his professional career in Judo at the age of 14 and competed as a professional athlete until he was 25 years old., 2014 bronze medal world championship master with the French team. Cedric started coaching Judo at the age of 16 as a part time job so that he could afford to continue doing the sport he loved. He earned a Professional University Coaching degree for Judo, JuJitsu, and Personal Training, and a Bachelor's Degree in Business. Cedric did his military services in 1997 in a mandatory Athlete Military program offered in France. This is why he wants to help others that experienced the same thing as veterans who have served their countries.

He did personal training coaching for semiprofessional rugby and basketball teams for two years in France. He also did one on one personal physical and mental coaching for the Lyon Hockey team who is partnered with the Tampa Bay Lightning of the NHL.

I was a coach in a french dojo where i had the opportunity to train with an athlete who was suffering from down syndrome. At this time, I had just graduated with my degree and this was a learning opportunity for myself and the individual. It far exceeded my expectations and the outcome of the training was life changing experience.

Cedric moved to the United States in 2003 and opened his first 2 businesses in Construction, Consulting, and Private Security soon after.Cedric never lost the passion for coaching and training in the Sport of Judo. Since 2009, he has coached at a non-profit Judo School and also help 2 students to reach National and World level.